Posted on December 3, 2012 by jedstevenson

“THE INDEFINITE ARTICLE is not without its uses,” wrote Nicholas Humphrey in his book, A History of the Mind (1992: xv). (“While it would have been wrong to call this book ‘The History of the Mind’,” he went on, “I can call it ‘A History’ without compunction.”) So it is with A Human View — The ‘a’ is a reminder that each of us sees the world differently.

This blog is concerned with the role of culture in shaping our perception of the world, and constraining and enabling our behaviour. It starts out from the premise that No single culture’s view of the world sums up the nature of reality. This central teaching of anthropology is a hard pill for some to swallow. And yet effectively confronting the challenges that humanity faces in the 21st century —

— requires us to acknowledge and work with culture rather than against it.

Why? Because these challenges aren’t engineering problems; there are no imminent technological fixes that don’t depend for their success on diverse human groups getting on board and cooperating.

The blog is intended as a space for meditating on and discussing these issues from a perspective that acknowledges the power of culture. 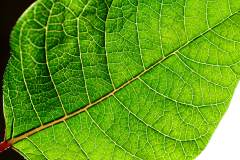 Some of the books that have most influenced the views taken here are:

Jared Diamond. (1998). Guns, germs, and steel: A short history of everybody for the last 13,000 years. London: Vintage.
[a classic account of long-term human history that explains the critical importance of animal and plant domestication]

Sarah Blaffer Hrdy. (2009). Mothers and others: The evolutionary origins of mutual understanding. Cambridge: Harvard University Press.
[how our evolutionary heritage affects our propensity to bond, communicate, and cooperate]

Bill McKibben. (2011.) Eaarth: Making a life on a tough new planet. New York: St Martin’s.
[a wake-up call on the risks and reality of global warming]

Richard A. Shweder. (2003). Why do men barbecue? Recipes for cultural psychology. Cambridge: Harvard University Press.
[essays on the cultural shaping of morality, emotion, and development]

Jed has conducted anthropological fieldwork in Ethiopia and the Republic of Congo.

He also blogs about his family here.

Unless otherwise indicated, blog posts are distributed under the terms of the Creative Commons Attribution-NonCommercial Licence (CC BY-NC), which permits unrestricted use, distribution, and reproduction in any medium, provided the original work is properly cited.

This entry was posted in books, inspiration and tagged cooperation, culture. Bookmark the permalink.