The year in 9 books

Some people send around a poem, a verse of scripture, or a pithy quotation at the end of the year. Not one to do things by halves, I hereby give you nine books.

1. Carbon democracy: Political power in the age of oil; by Timothy Mitchell (2011)

In 2002, when I was working on an archaeological dig in Kuwait, I met a young man who in the course of conversation let slip that Kuwait, his home, was the centre of the world. If you look at a standard projection you’ll see that he had a point: the Persian Gulf lies close to the hinge between Europe, Asia and Africa; and Kuwait is at its apex. The birthplaces of Abraham and Jesus and the site of Mohammed’s inspiration are all nearby.

That conversation stuck with me because it spurred me for the first time to think about my own, unexamined assumption that a small island off the shore of northwest Europe was the world’s centre. Since then, my studies in anthropology have reinforced this lesson: Our world has many centres.

This year I began working in Durham, in the northeast of England. Imagine my surprise to discover that this place was the true centre of the world! The revelation came from reading Timothy Mitchell’s book, Carbon Democracy, a sweeping overview of the political economy of energy.

The claim rests on two things: the north of England provided the coal that powered the industrial revolution, and it was the birthplace of the labour movements that extracted from recalcitrant elites such concessions as universal suffrage and nationalized health services.

Mitchell argues that these two things — the nature of the stuff being mined and the politics that evolved around it — are closely linked. Coal, being labour-intensive to extract and transport, provides opportunities for blockage and sabotage, and invites certain kinds of solidarity and organizing. Oil and gas, by contrast, require engineering expertise to locate and pump to the surface, but much less manpower; and so they have quite different political implications — ones we’re still saddled with.

2. The sixth extinction: An unnatural history; by Elizabeth Kolbert (2014)

Did you know that 66 million years ago an asteroid slammed into our planet and wiped out most of Earth’s living creatures? And that we’re working towards repeating the trick, this time without any extraterrestrial intervention?

Elizabeth Kolbert, the New Yorker’s science correspondent, reports from some of the locations where biodiversity decline is most visible, including the Great Barrier Reef (projected to be killed by ocean acidification by mid-century) and the rainforest of Central America, where frogs whose calls filled the air as recently as a few years ago will never be heard again.

The stories Kolbert carries from these places make arresting reading, but she acknowledges that the same narrative could have been told from almost anywhere. More than half of monitored species of animals have been killed off in the last 40 years. If we are called to be stewards of this planet, we’re doing a terrible job.

This is an artist’s impression of where we might end up, if business continues as usual. A man and his son walk across a burnt, deserted landscape, devoid of life. They scavenge tinned food from wrecked homes and ruined cities, and try to evade marauding cannibals. The book is an extended thought experiment. Some of the undervalued resources that it draws attention to are clean water and human kindness. 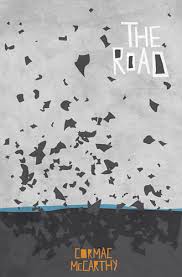 4. The burning question: We can’t burn half the world’s oil, coal and gas. So how do we quit? By Mike Berners-Lee and Duncan Clark (2013)

How do we avoid squandering what we’ve inherited? Can we restrain ourselves from burning the earth’s existing reserves of fossil fuels — a guaranteed ticket for catastrophe? On the current market the stuff is worth a great deal of money, so part of the problem is how best to regulate the market. Humanity has already used up most of its all-time carbon budget — the amount we can safely burn. Right now we are, as Berners-Lee and Clark write, deep in a “great global slumber,” ignoring the immensity of the problem and the urgency of restructuring our societies to account for the new reality. There is no discipline or profession whose contributions are not needed to meet this challenge.

5. The energy glut: Climate change and the politics of fatness; by Ian Roberts with Phil Edwards (2010)

Ian Roberts provides a public health doctor’s perspective on the problem. Healthy societies respond better in the face of disasters, because they can get out of the way of hazards. Unfortunately, we’re rapidly turning into lard-balls. Cheap energy has so saturated our lives that we move less and less under our own steam, and the sources of what sustains us are further and further removed from the places where we live. Dependence on motorized vehicles is disabling us.

Roberts trained as an emergency physician, and turned his gaze upstream only after repeated exposure to the damage that high-speed impacts have on bodies — damage that (because of their irrepressible desire to move, to play) is borne disproportionately by children. The solution he proposes is to reclaim the streets: to take back the public spaces that were stolen from us during the middle 20th century, and to bring work, services, and food production closer to our homes.

Much of the work involved in this revolution will be practical: throwing up barricades of bollards and planting trees amidst the rubble. But equally important is the symbolic work. Repeated exposure to advertising and political propaganda establishes distinctive ‘frames’ in our heads, which then determine much of what we choose to recognize as true or false. Confronted with troubling facts — for instance, that the excess energy accumulating every day via the heating of the earth is equivalent to the detonation of four-hundred thousand Hiroshima atomic bombs — we just ignore them. To process and communicate information that doesn’t fit in the standard frames, we need to reframe the conversation. That’s not easy, because much of the time people aren’t conscious of the frames they’re using. Since the Reagan administration, conservatives have been far more canny and proficient in this than progressives.

Another great obstacle we face is that while our political institutions are participatory and democratic in principle, many aspects of our schools and workplaces are, in practice, authoritarian. Living by our own lights requires more than courage; like a muscle, it requires practice. Anthropologist James C. Scott recommends some exercises to help develop autonomy. A simple example is jay-walking: When there’s no traffic, why not cross the road?

Scott has a nice name for these exercises in deliberate, considered rule-breaking: ‘anarchist calisthenics.’ As the subtitle of his book (‘Six easy pieces’) implies, Two Cheers is short, lucidly written and fun to read. But there are serious implications. The exercises he recommends may be vital preparation for heavier work to come. Major social changes almost always happen outside of formal politics. The abolition of slavery, women’s suffrage, civil rights in the USA, all required campaigns of civil disobedience. Only when enough people refuse to go with the flow does the tide turn.

8. What future for Lake Turkana? The impact of hydropower and irrigation on the world’s largest desert lake; by Sean Avery (2013)

In any contest over where the true centre of the world is, Ethiopia’s Lower Omo Valley deserves a mention. Marketed to tourists as an out-of-the-way place (wilderness is a word that’s often used of it), it is in fact not only home to many farmers and cattle-herders, but also the site of the oldest known remains of our species, Homo sapiens. It’s where we’re all from.

Ethiopia’s government is building a dam on the middle reaches of the Omo River, and it’s due to be completed in 2015. Avery’s report on the social and environmental implications of the dam, published by Oxford University’s African Studies Centre, warns that the dam and associated plantations could spell impoverishment for the tens of thousands of people who rely upon the annual rise of the river for their subsistence. It also threatens people who live on the shores of Kenya’s Lake Turkana, into which the Omo drains — the so-called ‘jade sea’ and the world’s largest desert lake. 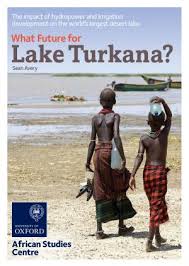 This past year, with support from the National Science Foundation, my colleagues in Ethiopia and I carried out a survey of food and water security in the Lower Omo, establishing a baseline against which future developments may be compared.

I started reading this book almost 30 years ago, and in truth I still haven’t finished it. An anthology of verse organized alphabetically by title of poem, it invites browsing rather than linear reading. This year, as my son nears four years old and his grasp of language improves, I’ve rediscovered the book, and some of the poems in it have burst upon me like bombs. There are things you can express in poetry that can’t be expressed in any other medium. Take this poem by priest-poet Andrew Young, a meditation on strength and weakness:

A rosy shield upon its back,
That not the hardest storm could crack,
From whose sharp edge projected out
Black pinpoint eyes staring about;
Beneath, the well-knit cote-armure
That gave to its weak belly power;
The clustered legs with plated joints
That ended in stiletto points;
The claws like mouths it held outside:
I cannot think this creature died
By storm or fish or sea-fowl marked
Walking the sea so heavily armed;
Or does it make for death to be
Oneself a living armoury?

May we all, in this New Year, be spurred to review our relationships with strangers as well as friends; to reappraise our responsibilities to the as-yet-unborn as well as the living and the dead; and to reconsider where our world’s centre is.

4 Responses to The year in 9 books