My stock-in-trade is ideas (mostly other people’s). As reflected in the book lists I’ve posted the past few years, many of them come from reading. But books aren’t the only place I find inspiration. Art and film are important too – as is music.

For some years I’ve exchanged music compilations with friends and family at Christmas. Originally the compilations were on audio-cassettes, then on CDs; now they can be shared online. But the memory of the audio-cassette medium persists: they’re still roughly 90-minutes long; they could still be called mixtapes.

This year, Christmas came and went, and I still didn’t have a tape to share. It came together late. When I finally got things together, I thought: Why not share it more widely?

Here, then, is a track-list for the Spring.

Much here reflects personal interests and taste – my fascination with Africa (Aster Aweke, Cheikh Lô), with scripture (Arvo Pärt, and the tracks by Louis Armstrong), and with the great social movements and upheavals of the past century; as well as those internal upheavals of the heart and soul that we all go through. The soundtrack to those is diverse.

Below I provide some annotation – snippets of information that’s enhanced my appreciation of some of these pieces; for others I have no comment. The musicians speak for themselves.

After all, if we could say it all in words, there would be no need for music! 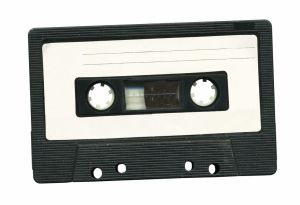 This entry was posted in inspiration, music and tagged mixtape, music. Bookmark the permalink.